The August payrolls report in the U.S. showed the economy adding new jobs at a solid clip, with 315,000 new positions added for the month. This strong showing in the labor market was an extension of several months of impressive job gains, with an average of 381,000 new jobs added in each of the last six months. Monthly wage growth eased a bit in August, with hourly earnings for private-sector workers rising 0.3% month-over-month, and 5.2% from a year earlier. But this modest wage growth was coming off an acceleration in Q2 when wages grew at 1.6% versus the 1.3% growth posted in Q1.

Businesses are hiring, workers are earning better wages, and the labor force participation rate – which measures the number of people in the workforce – is on the rise. Any economist would tell you this data is good news for the economy and is a sign that growth fundamentals are holding up in spite of inflationary forces. Wall Street would disagree.

The reason is that the Federal Reserve is paying close attention to trends in the labor market, particularly when it comes to wage growth, because of the belief that higher labor costs can make inflation ‘sticky.’ At worst, a tight labor market and rising wages can result in what is known as a wage-price spiral, a feedback loop of rising labor costs resulting in businesses raising prices for goods and services. Higher wages equal more inflation.

This setup has created an environment where good news in some parts of the economy is being viewed as bad news for investors and traders. The stronger the labor market and wage growth, for instance, the higher the likelihood that the Federal Reserve is going to raise the fed funds rate by 0.75 percentage points at their September meeting and perhaps again in November. In this vein, good news for the economy is bad news for Fed monetary policy decisions, which is also apparently bad news for markets.

But I don’t buy into this narrative. For one, it makes the assumption that the Federal Reserve’s policy decisions are the single force driving the equity markets, which I strongly disagree with. I do believe there is a point where rising interest rates can be very prohibitive to growth, but I do not think we are very close to those levels with fed funds at 2.25% – 2.5%. The 10- and 30-year U.S. Treasury bond yields are also just above 3%, which historically remain at very low levels.

It is also true that rising rates have historically not resulted in falling stocks. In fact, the opposite has been true: 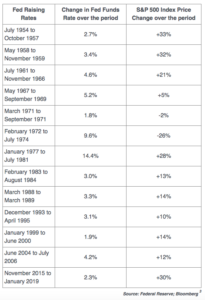 Looking closely at the table above, readers will see that the Federal Reserve has carried out 13 monetary tightening campaigns, featuring several rate hikes in each. The S&P 500 went up in all but two of them, delivering a median gain of +14% (price return) while the Fed was actively raising rates. Rising rates do not necessarily mean falling stocks – in fact, they rarely do.

The two exceptions in the table above were 1971 during which the market declined by -2%, and 1972 to 1974 when the decline was much bigger. In those years, however, the U.S. economy was mired in recession due to the oil embargo, so the reason for the S&P 500’s decline arguably was because of more than just higher interest rates.

Nevertheless, there seems to be a pervasive feeling that strong economic data reports are bad for the stock market since they could influence the Federal Reserve to remain maximally hawkish. I encourage readers not to embrace this view – just let good news be good news.

There is one area where just about everyone can agree that good news is good news – inflation readings. July’s personal consumption expenditures (PCE) price index, which is the Federal Reserve’s preferred measure of inflation, fell by -0.1% month-over-month and landed at +6.3% year-over-year, both marking a deceleration from June. Relief at the pump has been a big contributor to falling price pressures, which I think we should see continuing in August. That report is due out on September 13, along with other economic data. For investors, look for softer inflation figures and don’t fear strong economic readings – embrace them. 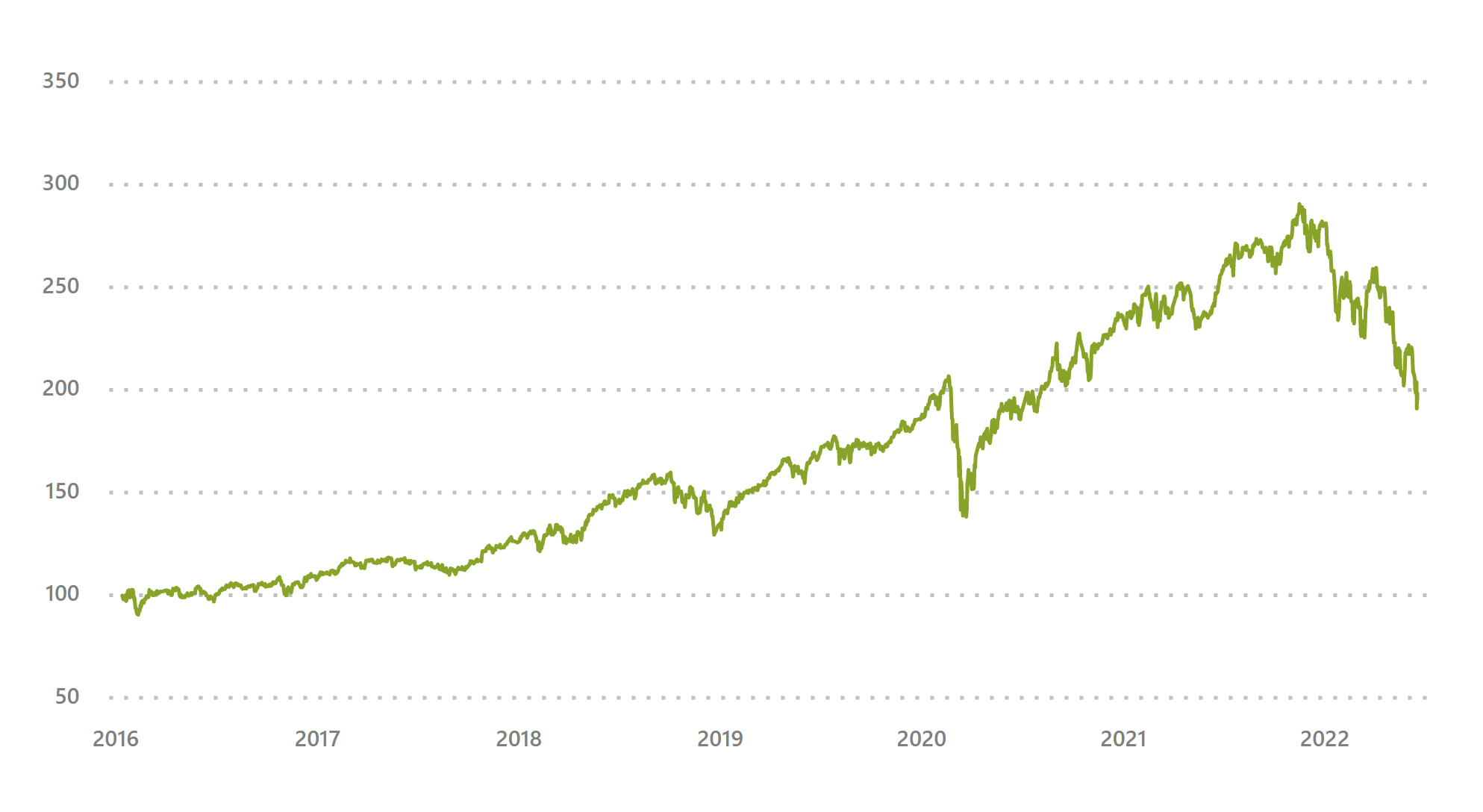